What is MPLS (Multiprotocol Label Switching) 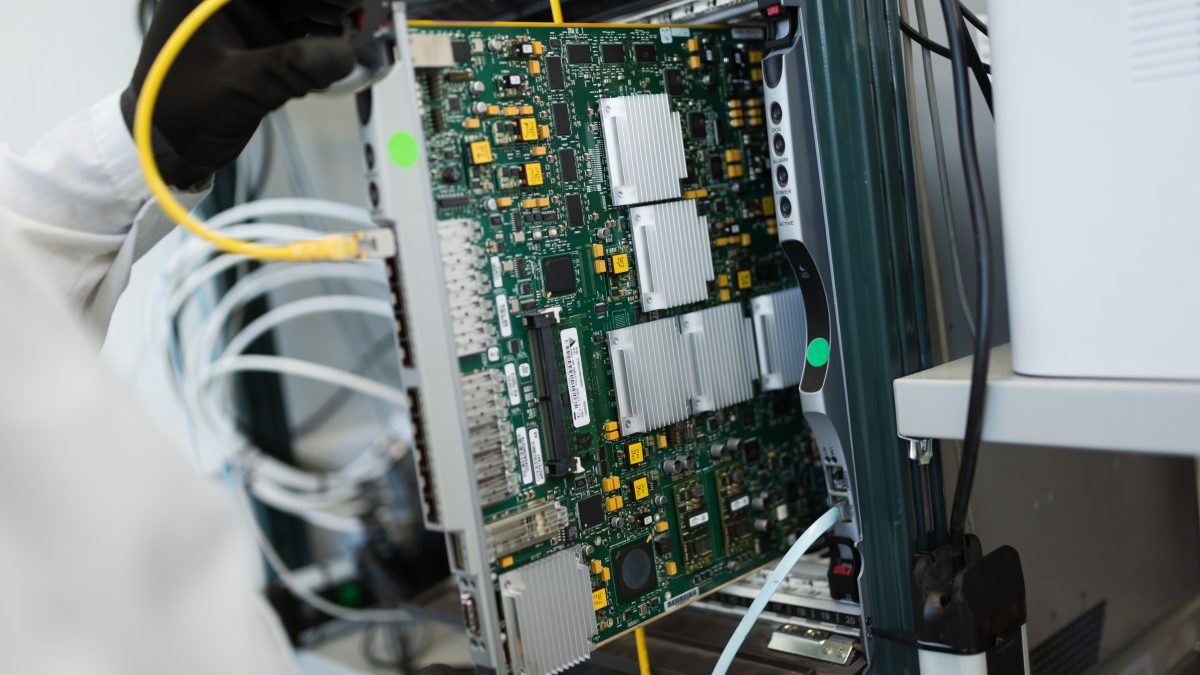 Multiprotocol Label Switching or MPLS sounds confusing but in actuality, it’s simply a more straightforward way of using short labels rather than long network addresses to direct packets of information from one router to another, or “IP routing”, in order to prioritize the delivery of specific types of data. A label, in this instance, is a short, fixed length, locally significant identifier used to identify an FEC (Forwarding Equivalence Class). These FEC’s are all forwarded in the same way, over the same path and with the same treatment as one another.

Multiprotocol Label Switches are most commonly found in branch offices, metro Ethernet services, campus networks, and those applications that require tremendous quality of service (QoS) for real-time applications such as video, music, and Voice over Internet Protocol or VoIP.

Traditionally, when a packet enters a network it contains no information about its direction except for a destination IP address on the network. When that is the case each router through which it passes has to make its own decision as to how it will forward the packet based on the packet’s network-layer header. This means that every time a packet arrives at a router that router consults a complicated routing table to decide where to send the packet.

With an MPLS labeled packet, instead of utilizing the routing tables, a pre-determined and much more efficient route called a forwarding equivalence class (FEC), is utilized by appending a label called a short bit sequence to the packet.

Now, when the packet enters the network, instead of performing a header analysis, the routers use the FEC label as a way to direct the packet in accordance with the types of traffic they will be carrying. This analysis is done only one time, rather than generating a new analysis at each router. For MPLS labeled packets that require real-time traffic, such as voice or video, they will be mapped to routes with low-latency across the network, allowing for better clarity.

SD-WAN (Software Defined Wide Area Networking) is a type of overlay that can route any type of traffic including MPLS. SD-WAN has a bit of an advantage in that an enterprise WAN-traffic architect can sit at a central point and easily apply policies across all WAN devices. SD-WAN is a programmatic approach that allows companies to use a mix of broadband, 4G/LTE, satellite connections, and even MPLS to support the unique needs of their WAN traffic—while optimizing costs.

By contrast, with Multiprotocol Label Switching, predetermined routes need to be carefully provisioned and once that has been done making changes is not a point-and-click exercise.
But, once an MPLS network is deployed, it delivers guaranteed performance for real-time traffic. SD-WAN can route traffic along the most efficient path, but once those IP packets hit the open Internet there are no performance guarantees. If you’re completely within a completely closed network the choice is a simple one, but when taking costs and flexibility into account it’s something you really want to discuss with a telecommunications company. A full-service telco such as Osstelco will have experience with both methods of packet transfer and can guide you on the path to the most efficient option, both financially and data-wise.

WE FIND YOU THE BEST PRICES ON POTS LINES